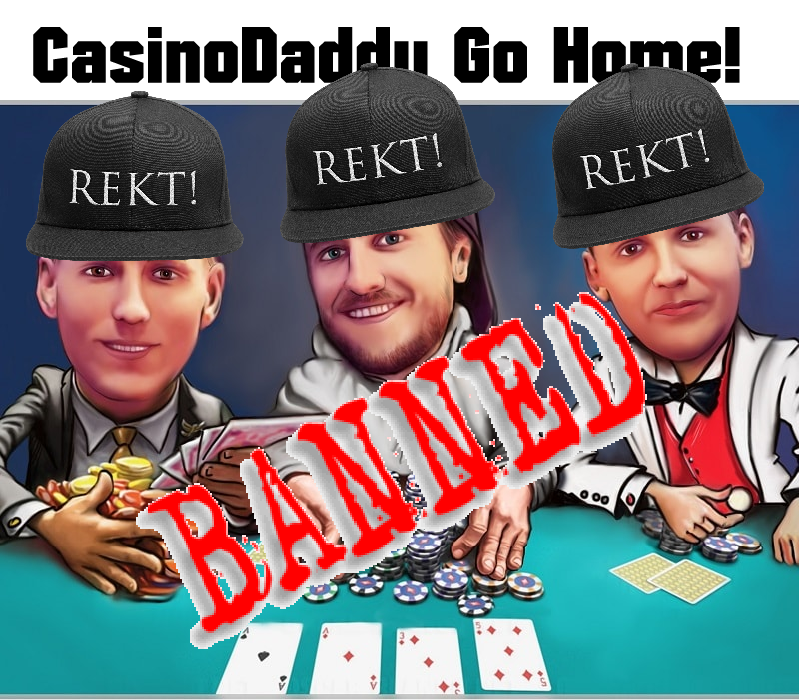 Popular casino streamers named as Casinodaddy was rekt and banned on twitch platform!

And so! Twitch finally breathe easier from the expansion of crooks like Eric, Mathias and the other light blue brothers!

CasinoDaddy – it’s a family-based industry for tricking naive spectators ready to use their referral links, simultaneously bleeding from their ears due to their terrible accent. Actually, it’s pretty funny to listen to three blondes, whose speech is similar to those with constipation and hemorrhoids at the same time.

I don’t think I have to mention once again that you don’t always need to believe your ears or your eyes when playing on their referral links. You let the crooks prosper. Also, you should remember that a good affiliate is someone who will take sides with players in any conflicts between a player and a casino, the one who will help in every way and put pressure on the casino in controversial situations .. But our three sisters are not that … They go on moving forward their pseudo-creatures several times a day – just like they go to work.